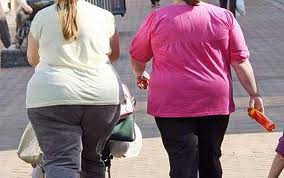 That’s what Ted Nugent say. If you watch Anthony Bourdain’s No Reservations on The Travel Channel, then you may have caught the episode where he explores cuisines of America’s southwest and pays a visit to rock legend and outspoken conservative, Ted Nugent at his ranch in Texas. They spoke about hunting and eating wild game among other issues such as Obesity. As you may or may not know, Nugent is not known for sugar coating things and often his opinions are very blunt and sometimes over-thought statements with a touch of hurtful honesty. While I can agree to an extent on what he is saying, I think he could use a lesson in Tact. Ted puts it in the most blunt, yet uncouth was he knows how, with big words.

Read what “Uncle Teddy” says over at The Rock Dose.

While I think it’s a bit discriminating to say that obese people are displeasing to look at, I have seen some overly obese people and thought: “That is extremely unhealthy and they really need to do something about that soon.” Some individuals are so obese by their own doing and have no remorse or intentions of repairing the damage they have done to their body, inside and out. They often figure that there is no way of undoing it or are much too lazy to do something about it. Everyone knows it takes great time to reverse the process of obesity and are very discouraged by that fact. For some people it is a chemical dysfunction in the body, but for most it’s just over-indulgent eating and lack of physical activity.

Obesity is a widely growing problem (No pun intended) in America and other countries. Action can be taken towards prevention and reversal. It’s your life and your body. What you choose to do is your decision. So choose wisely.

Eat it now, wear it later has become a lifestyle. Eat to live has been sadly replaced with live to eat. I love food just as much as the next person, but enough is enough already…

The social and mental impact of unemployment

The Best Qualities of a Chiropractor