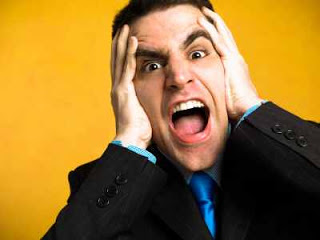 Most premeds, myself included, have a dreadful fear of the MCAT. Some push it aside refuse to take it on time, others give it a shot, but don’t allow for enough studying time. Still, in the hated minority, are the test taking geniuses who study for only a few weeks and then ace it as if it was nothing more than a basic science final. In any case, the MCAT is not your average study and regurgitate test. It’s nature lies somewhere between the SATs and your college science exams.

The MCAT is judged on a 45 point scale with a final letter score from J-T that determines writing ability. The number is what really matters though. The 45 points are broken down into three sections, Verbal, Physical Sciences, and Biological Sciences. Each section has a total of 15 points. Average test takers get around an 8 on each section for a total of 24. Although schools vary widely on average scores of admitted applicants, a general rule is that a 10-10-10 or a 30 or higher is considered good enough to get in. Now more about the sections:

This section has 9 passages and 60 multiple choice questions with 90 minutes to finish them. Each passage concerns topics related to either Chemistry or Physics. It may be a practical problem or an obscure situation, but either way it will test your ability to apply the concepts of Chemistry and Physics to a the written passage in order to answer a series of questions. For this section, you will need to know how to work with numbers in equations and even have some memorized from Physics.
A common question on this could involve something like the following: Given that the equation for Beridaris Law is B=((r2))/((A^3)) When r is increased by a factor of three and A is increased by this same factor, what effect does this have on B? A. An increase by two. B. Decrease by three C. An increase by three. D A decrease by nine.

The answer is B.

On test day, it probably won’t be quite that easy. The question will probably require that you interpret it in a way clues you in to finding the equation in the passage or just knowing it by heart if it isn’t given.

Because the Physical Sciences section is so math based and, in my opinion, the least passage based, I think it is the most likely candidate to improve upon amongst the sections. I improved the most in this section from any other through being able to quickly interpret graphs, work with numbers and equations, and better understand basic concepts in Physics and Chem.

The Biological sciences section, like the Physical sciences, is comprised of 9 passages and 60 questions to be answered in 90 minutes. This has about 60-90% Biology and 10-40% Organic Chemistry in it. While many Biology sections involve interpreting graphs, this section is far less math based. Unlike regular Biology tests you may be used to, the questions from this section are heavily passage based. In other words, you could come into the test with the Biological knowledge of a PhD and still fail. But don’t worry. With a good ability to sort through the complex biological information of the passages, you can do very well.

Often times, the passages concern a hypothetical Biological experiment with data. A normal MCAT question bank involves a few questions about what the passage is saying in terms of the Biology of the organism or cell and a few questions about the data itself and what might be wrong with it or missing. Occasionally, a stand-alone question will appear that solely tests your knowledge of Biology.

Your one year of O-chem gets vaporized down to one to three passages on the MCAT. Here you could be tested on Steriochemistry, reactions or more experiments. These passages tend to have less words and more problems which is more similar to an actual university test.

If you do not hate the verbal section, you were probably either a non-science major or an avid reader. The rest of us moan and deplore the confusing, medically irrelevant passages that need to be answered in mini-pockets of time. I started out doing horrendously on the Verbal section. After doing dozens of passages, I was still just praying for an average score. If you are like me, it will be the most frustrating, pesky obstacle in your quest for gaining admittance to medical school. Many schools look to the verbal score as a measure of how well a medical student will be able to keep up with the reading load in the future. What makes it a difficult section by far is the time constraint. 40 multiple choice questions from 7 passages in 60 minutes. This gives you eight to nine minutes to read a 600-900 word article and answer questions on it. Adjust your reading glasses before you begin and put your brain acuity and concentration to 110% before beginning.

Princeton Review suggests its students read 5-6 passages, do well on them, and then hurriedly guess on the last one or two. They say there’s probably not enough time to do good on all of them so why not do great on most and guess on the others. (Note: Do not implement this technique in medicine!) I did not believe that was the best approach for me. I started doing better when I paced myself quickly through all seven and answered questions more based upon my gut feeling than making sure to reference the article for my answers. Your best approach could go either way. More on this in my Princeton Review article.

The best way I found to prepare for the Verbal is to READ, READ and READ articles from sources that pump out intelligent literature and news. Mix in some reading of the New York Times, Wall Street Journal, Economist, and practice passages from books like exam crackers into your verbal studying. Because this section has zero outside knowledge required, to do better you will have to get faster at making sense of complicated information in the form of articles on the arts, politics, psychology, business, history and whatever other topics an MCAT test writer can find. Progress will come slowly so if you have the time, start reading a year or six months in advance. The earlier you can rewire your brain into an efficient, meaning-deriving reading machine, the better off you will be.

In this section, you will be given two thirty minute essays to write. A statement that is fairly controversial will come up on the screen and you will have to write first an argument for it, then an argument against it, and lastly a paragraph that brings together both perspectives to see the validity of both arguments. Usually this means laying down a criteria for when one argument is true and when the other is as well. I’ll give you an example of one of the controversial sentences I got on the real MCAT.

It was then my task to argue both sides of the aid in developing countries conundrum and then reason how it might ultimately do both damage and good in countries depending on how it was done.

While it is important to show to medical schools that you can do ok on this section, don’t sweat it too much. Schools care much more about the other three sections which make up your overall score.

However you study, remember to pace your studying well so that you cover all of the basics in O-chem, Bio, Chem, and Physics. Also, make sure to take plenty of diagnostic Practice Exams as they will gear your studying more toward the real goal. Good luck!

Can I get into medical school?

Laugh It Up | Better Late Than Never

Can I get into medical school?